Laurie L. Newmark is one of the founding partners of our firm. She is a seasoned litigator and experienced mediator. Laurie’s areas of practice include divorce, child custody and matters involving complex financial issues. Laurie represents victims of domestic violence and also vigorously defends alleged offenders. She handles matters involving grandparent visitation, allegations of child abuse and neglect, and termination of parental right cases with empathy and skill.

Laurie’s received her undergraduate degree in Psychology from Fairleigh Dickinson University and her Juris Doctorate degree from Seton Hall University, School of Law. As part of her legal training Laurie attended an international comparative law program with American University, Washington College of Law where she had the privilege of observing a French family court proceeding.

After graduation from Law School, Laurie completed a Family Part judicial clerkship in the Superior Court of New Jersey, Essex County. During her clerkship she was able to observe matrimonial, domestic violence, abuse and neglect and other sensitive matters. Laurie also completed the prestigious American Bar Association, Family Law Trial Advocacy Institute in Houston, Texas as part of her Family Law training.

While Laurie is a skilled trial lawyer, she is also a strong believer in alternate dispute resolution. She wholeheartedly supports the mediation process and pursues cooperative resolutions avoiding litigation when appropriate. She routinely participates in private and court-appointed mediation as an alternative to court litigation. Laurie also volunteers as a panelist for the Morris and Passaic County Matrimonial Early Settlement Panel Mediation Program.

She has experience in parent coordination and has previously been appointed Laurie as a parent coordinator in high-conflict divorce cases involving minor children. She has served as a Guardian Ad Litem to protect the interests of minors during matrimonial litigation, and in litigation involving DCPP in Bergen, Passaic, Essex, and Morris County. Additionally, the court has appointed her as a discovery master in matters involving complex matrimonial litigation.

Laurie is currently on the board of trustees for the Morris County Bar Association and is past trustee of the Morris County Bar Foundation. She has served on the board of trustees with CASA, a national association that supports and promotes court-appointed advocates for abused or neglected children. Laurie is a volunteer at the Women’s Center at County College of Morris and a long-time volunteer for JBWS representing alleged victims of domestic violence in Morris County.

Aside from practicing law and her professional endeavors, Laurie is the proud mother of a son and a daughter. She is active in her community serving in various roles in her children’s school and athletics.

If you are interested in meeting with Laurie, please email her at LLN@TTNLAW.com to arrange for a confidential consultation.

Our attorneys have received the honor of being included in the Super Lawyers and/or Super Lawyers Rising Stars list(s) published by Thomson Reuters, relative to being divorce attorneys. The dates of their inclusion are noted above. The qualifications or requirements for being included on said list can be viewed here.

Laurie Newmark and fellow partner John E. Clancy featured in an interview by News 12 regarding a recent child support lawsuit filed against The State. CLICK HERE TO WATCH>>> 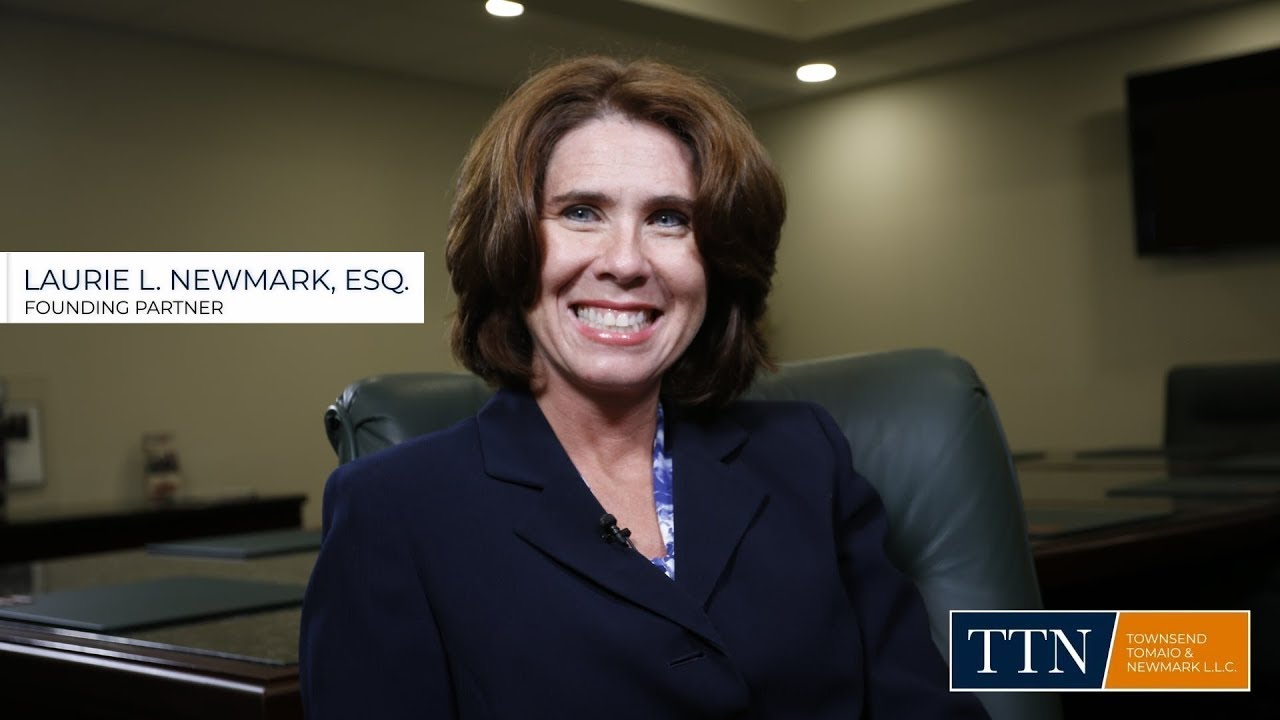